The Universities Link Detroit (which is more commonly known as U-LINK) is composed of Government & Community Relations Executives of the public universities which have a tangible physical presence in the City of Detroit.

Its primary purpose is to foster a sense of access to and within each U-LINK campus and a spirit of collaboration between these institutions as they address relevant public policy and economic issues related to Detroit and its surrounding region. Also, it helps ​​to highlight the research and programmatic contributions of its campuses to the city of Detroit.

The Universities Link will accomplish the following: 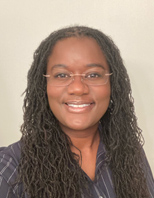