Who lobbies on behalf of the U-M?:

Executive officers, deans, senior directors, federal relations staff, and any designated faculty or staff are individuals authorized to lobbying on behalf of the University

Contacts (in person, written or by phone) with covered executive branch and legislative branch officials made on behalf of the University of Michigan regarding the creation of legislation; existing legislative proposals; rules; regulations; executive orders; programs, policies or positions of the government; administration or execution of federal programs or policies (including federal contracts and grants – grants officers are not covered executive branch officials); and, nomination or confirmation of a person for a position subject to confirmation by the Senate; preparation time.

Quarterly reports to Congress include information on issues lobbied and good faith estimate of lobbying expenses for all lobbying activity on behalf of the University.

Background and Application to the University of Michigan

The Lobbying Disclosure Act (LDA) of 1995 was signed by President Clinton on December 19, 1995, and amended in 2007. The LDA requires the disclosure of efforts by paid lobbyists to affect decisions in the executive and legislative branches of the federal government.

The University of Michigan registered as a lobbying entity with the Secretary of the Senate and the Clerk of the House of Representatives in 1996, and is required to file four reports each year detailing lobbying activities.

The quarterly reports contain the name of the employing organization, the names of its lobbyists, and any changes or updates to the initial registration. For each general issue area in which lobbying activities took place during the three month period, the report will include: a list of specific issues lobbied, including, to the maximum extent practicable, a list of bill numbers and references to specific executive branch actions; a listing of the houses of Congress and federal agencies contacted by lobbyists; a list of employees who acted as lobbyists; a description of any interest of any foreign entity in the issues for which lobbying activity occurred; and a good faith estimate of total expenses incurred in connection with lobbying activity during the three month period.

The LDA defines a lobbyist as any individual employed or retained by a client (employer) for financial or other compensation for services that include more than one lobbying contact, and whose lobbying activities constitute more than twenty percent of the time engaged in the services provided to that client (employer) over a three month period.

The LDA defines “lobbying contacts” as any oral or written communications to covered executive or legislative branch officials with regard to formulation, modification, or adoption of Federal legislation (including legislative proposals); Federal rules, regulations, Executive Orders, or any other program, policy, or position of the United States Government; the administration or execution of a Federal program or policy (including the negotiation, award, or administration of a Federal contract, grant, loan, permit, or license); and the nomination or confirmation of a person for a position subject to confirmation by the Senate.

The LDA specifies that the following types of contacts are not considered “lobbying contacts”: communications made in speeches, articles, or through any medium of mass communication; routine requests for meetings or for the status of an action as long as there is no attempt to influence covered executive or legislative branch officials; communications made In the course of participation in an advisory committee subject to the Federal Advisory Committee Act; testimony given before a congressional committee or submitted for the public record of a congressional hearing; information provided in writing at the request of a covered legislative or executive branch official, as long as it is provided to the federal official who made the request; communications required by subpoena, investigation or otherwise compelled by law or congressional or agency action; communications made in response to a notice in the Federal Register, Commerce Business Daily, or other similar publication soliciting public communications; and communications made on behalf of an individual concerning his or her own benefits, employment or other personal matters involving that individual.

The University of Michigan needs to keep records of lobbying on behalf of the institution. Accordingly, it is recommended that anyone who lobbies on behalf of UM, whether or not they spend 20 percent or more of their time doing so, keep a federal lobbying record including:

Covered legislative branch officials include all members of Congress and their staffs, as well as committee staffs.

The definition of covered executive branch officials does not encompass all executive branch employees. Instead, it is drawn fairly narrowly to include only those in the highest or most politically sensitive positions, specifically:

For example, the only employees of the National Institutes of Health (NIH) and the National Science Foundation (NSF) who would qualify as “covered executive branch officials” would be the NIH Director and the NSF Director and Deputy Director.

Grant administrators and program officers are not covered.

Gifts include meals, entertainment, and anything else of value. Members of Congress and their staff may never solicit a gift from any person who has interests before Congress; accept a gift that is linked to any official action that the individual has taken, or is being asked to take; or accept any other gift, unless specifically permitted by one of the provisions of the rules.

General Rule – A Member of Congress or their staff may not accept gifts from organizations, associations or businesses that employ lobbyists, but there are exceptions.

As a public university (considered a state government entity), the University of Michigan and its employees have a broad exemption from the rules when giving a gift or providing travel when acting on behalf of the U-M. There are other exemptions under the gift rules when an individual is giving on their own behalf or in a capacity other than as a university employee.

Members of Congress and their staff may attend widely attended events:

A widely attended event has in attendance at least 25 people other than Members of Congress and their staff, and is open to individuals from throughout a given industry or profession. The invitation must come from the event’s sponsor (contributors are not sponsors); and the attendance must be related to the person’s official duties. A widely attended event includes a reception, convention, conference or briefing. There is no limit on the cost of the meal as long as it is not lavish, unsolicited and from the sponsor of the event. They may also attend receptions offering “food or refreshments of nominal value.”

Each participant (Members of Congress and staff) in officially-connected travel paid for by a private source must get approval in advance from the appropriate ethics committee. Trips sponsored by public universities are not subject to this approval. All travel is subjected to public disclosure. The trip must be connected to a meeting, speaking engagement, fact-finding, or similar official event, and funding cannot include recreational activities. Institutions of higher education and any entity that does not employ or retain a federally-registered lobbyist or foreign agent (House Rules) and any qualifying charitable institution (Senate Rules) may sponsor short-term travel (up to four days for domestic) to attend conferences and events.

Unless an exception applies, executive branch employees may not accept gifts that are given because of their official positions or come from “prohibited sources”.

A prohibited source is any person or organization seeking official action by, is doing business or seeking to do business with, or is regulated by the employee’s agency.

Exceptions to the Gift Rule:

An employee can never solicit or coerce the offering of a gift, or accept a gift in return for being influenced in the performance of an official act

Executive branch employees may accept payment of travel, meals, and related expenses from a non-Federal source for an employee’s official travel away from the employee’s official station to attend a meeting or similar function related to their job responsibilities. 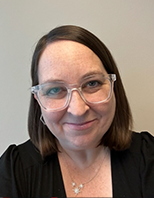